The site for the Northern Mariana Islands judiciary is located here, and includes information on the CNMI Supreme Court and CNMI Superior Court.

Unlike Palau and American Samoa, however, I have been unable to get replies from the folks over at CNMI.  Life over there must be just that good.  It is worth noting, however, that also unlike Palau and American Samoa, data on CNMI judges is available on the OSCAR Symplicity site, which is the primary hub of U.S. Clerkship applications.  Any openings, and the means of applying for them, will likely be available there. 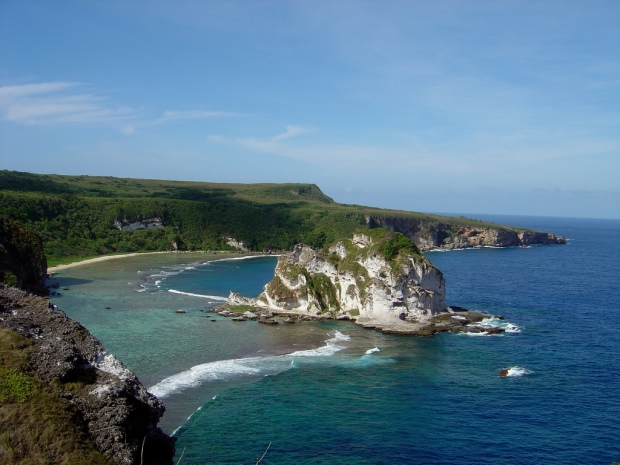 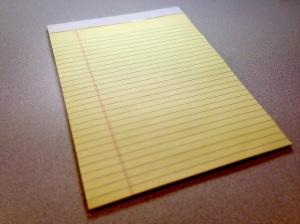 A legal education is, in the end, a ranking obsessed education.  Are you in a Top 14 school or aren’t you?  Are you on the main journal or some secondary topic law journal?  Are you in the top 10% of your class or not?  I could go on and on.  It’s not fun, and most students don’t like it, but it is the unfortunate way of life in legal education.

For some reason, the rankings Gods have decided to loan hallowed status to the Top 14 ranked schools in the nation.  Why fourteen?  Nobody knows.  What everyone does know is that it must really piss school School #15 off.

With On-Campus interviews looming — it’s time to see what the Top Fourteen law schools have out there for resume enhancement:

(1) Yale Law School has its breakdown of resume writing, albeit aimed at alumni, here.

(3) Stanford has a long .pdf file on resume writing here.

(4) Columbia gets it done in three paragraphs, here.

(7) UC Berkeley doesn’t have their resume tips out for the public eye.

(8) University of Pennsylvania has some sample resumes and writing tips up for grabs.  (Note: The writing tips never loaded properly for me either).

(9) University of Michigan has it’s sample resumes right long with its sample everything else.

(10) University of Virginia’s public resume samples are aimed at those seeking public service.

(12) Northwestern’s resume guide is off limits to non-students / non-alums.

(13) Cornell has an example third-year law student resume on display.

(14) Georgetown has its resume pointers here.

This site is as much about giving prospective students a clear picture of the legal market landscape as much as it is about anything else.  And, when it comes to law school (or any other graduate level education), knowing what your end game is going to be is critical.  That’s because law school is nothing like your undergraduate years.  It’s three years of high-intensity, high-cost study — and if you don’t know what you’re going to do after that, it can be the road to ruin.

Even with the recession bottoming out, going to law school is more akin to playing the lottery than it is to educating yourself into prosperity.  Of course, if you lose the lottery, you don’t wind up in triple-figure debt.  If you lose out in law school, different story.

Although the economic collapse hit in late 2008, the legal market remains in the doldrums.  June’s employment numbers were again in the negative, after May added as few as 300 jobs for the pool of unemployed attorneys and law graduates from 2008-2010 to fight over.

The point in all this is simple: the legal market really doesn’t know what it is at the moment.  It doesn’t make job finding impossible — but it does mean that, more than ever before, luck is playing just as significant a role as skill, hard-work, and networking.

If you are considering law school, realize that the moment you sign up you are making a bet.  You are gambling that in three years time the employment market for legal jobs will have reached some sense of balance, and that that balance will be in your favor to get a job.

And while there are plenty of voices out there still lauding the value of a legal education, you need to recognize that if you are coming to law school, you are still taking a gamble.  And there is still the chance that you will roll snake eyes.

[UPDATED: Things are looking better for 2016]

Now that LeBron’s “decision” has made him the walking manifestation of the Cleveland curse, the time has come for Japanese language students across the county to consider their decision.  Is this the year to go for that JLPT certification?  As of earlier this week, the December 2010 U.S. JLPT test date has been set.

Long story short, the test date is Sunday, December 5, 2010 at limited locations across the U.S.

Everything you need to know about registration, testing locations, and costs are here.

Everything you need to know about the new testing format and difficulty levels is here.

This site, also prepared by a former JET, breaks all that down in great detail — not only which states have the most number of law schools / state, but which ones should be overpopulated, if not overrun by, lawyers.

See The Charge of the Juris Doctor Brigade, available here.

This is a continuation highlighting clerking opportunities outside of the fifty U.S. States available for American law graduates.  This time we highlight American Samoa, a tiny island territory hundreds of miles east of Fiji, which is still hundreds of miles east of Papua New Guinea.  If remote and tropical is your thing, (and if Pulp Fiction is right, if big people are your thing) you can ask for no better than here.

The High Court of American Samoa recruits law clerks for one year terms, but does so only on alternating years.  The recruit two clerks at a time, one for the first year, and one for the following year.  The next round of recruiting is scheduled to take place this upcoming spring for the August 2011, August 2012 terms.  The Court requires a cover letter, resume, official transcript, writing sample, and two letters of recommendation.  The application deadline be due in early 2011.

A recent ABA Journal printed the advice of a legal recruiter out of New Jersey, remarking that the law student sitting in for an on-campus interview should seek to speak for approximately 80% of the time.  The rest of the article gives fairly common interview advice (research the firm you are interviewing for, have all of your materials with you including resume, transcript, and writing sample).  The “80/20 Rule” may not be set in stone, but I think is a factor for something else: to make yourself memorable (in a good way) during the interview.  And you definitely cannot do that if you don’t contribute enough.

The article is available here.

The 2008-2009 recession didn’t just translate to thousands of layoffs, it also meant the scaling back of training by lots of the large firms.  For the first time since late 2008, last month was the first sign of positive job growth in the legal sector, albeit with a paltry 300 jobs (compared to 22,200 lost during the recession), and no one quite knows the quality of these jobs, either.

Cutting jobs AND cutting training opportunities, however, may be the golden ticket for law grads as the recession abates and work picks up, especially with mid-level and senior level associates looking to escape from big firms.  AbovetheLaw recently posted a great overview of the possible upcoming legal staffing shortage, available here.

Former JETs naturally have a little bit of adventurer in them.  Unfortunately, the sedentary life of the law student spells disappointment for those of accustomed to a more active life.  This isn’t to say going out and enjoying life doesn’t happen in law school.  But if you like inordinate amounts of time reading and editing italicized commas, however, you’re in for a real treat.

Fortunately, life after law school doesn’t necessarily have to be like that — and if you still have that glimmer of a sense of adventure and the desire to live in not-so-often traveled parts of the world, a judicial clerkship in on of America’s international territories might be what you’re after.  After graduate clerkships with various courts across the country are a common (if not somewhat challenging route) to post-graduate employment.  The pay is typically lower than you would expect if you went to a firm immediately after graduating, but some firms still offer clerkship bonuses for those who bring that experience with them in tow.

But, more than you might expect, America is a big friggin’ country, and clerkships are not limited to the fifty states alone.  Clerking and court employment opportunities exist in America’s international territories as well, including Puerto Rico, the Marshall Islands, the Virgin Islands, American Samoa, Guam, and Palau.  Living here will be not unlike JET – many of these places offer subsidized housing and pay for you to come over, so while your clerkship income is small, your imputed income is not so bad.  A recent law review article was actually written describing much of the process in detail.

But each territory has its own recruiting schedule, and its own preferences.  I hope to share that with you piece-by-piece, and since Palau is the island I currently have the most information on, it makes sense to start there.

Positions in Palau are possible at all levels of the judiciary, including not only the Supreme Court of Palau, but also in the attorney general’s office, the public defender’s office, as legislative counsel for the Senate and the House of Delegates, or with Micronesian Legal Services Corporation.

The court typically hires under the following timeline: the position is posted late in the year, around December, with the application deadline being mid-March.  Interviews follow in May, and hiring shortly after that.  Like JET, it seems, the process is long and cumbersome, but certainly worth it if a clerkship on a tropical island is your goal.

Additionally, the information I have indicates that, while you can apply to the court without prior clerkship experience, the court is typically trending towards hiring those with court clerk experience – meaning a Palau court clerkship straight out of law school may be a long shot.  Other sources, however, have indicated to me that travel and experience living in the east / southeast Asia area can be a plus, as well as a background in Japanese.  These were both speculation on my source’s part, but if those two factors are a plus, then the JET experience stands to benefit anyone seeking a position in Palau.

Additional sources on Palau are available, including an older blog run by a former Palau clerk: StuffedWombat.com 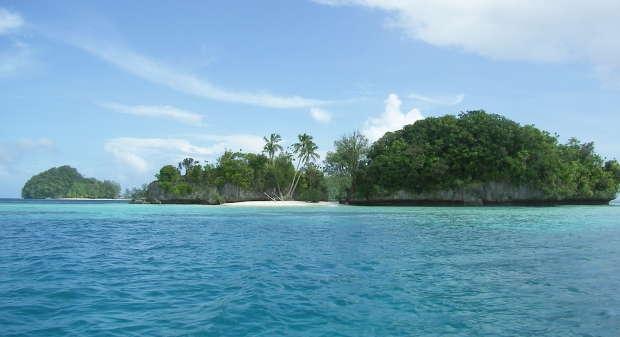 If you have yet to take the JLPT (or haven’t taken it for a long time), the test has seen a dramatic overhaul in the last year as well as a step up in difficulty in recent years.

The resources here and here are highly advised reading to guide you in understanding preparing for the new test.  Even the wiki has a pretty detailed breakdown of the new sections and their time allotments.